The Study, which began in January 2010, was completed in December 2012. It defined current and future imbalances in water supply and demand in the Colorado River Basin and the adjacent areas of the Basin States that receive Colorado River water for approximately the next 50 years, and developed and analyzed adaptation and mitigation strategies to resolve those imbalances. 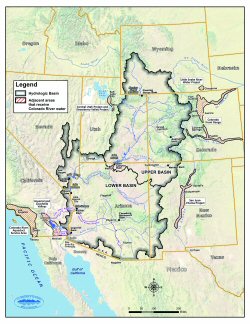 The Study characterized current and future water supply and demand imbalances in the Basin and assessed the risks to Basin resources. Resources include water allocations and deliveries consistent with the apportionments under the Law of the River; hydroelectric power generation; recreation; fish, wildlife, and their habitats (including candidate, threatened, and endangered species); water quality including salinity; flow- and water-dependent ecological systems; and flood control.

The Study confirmed what most experts know: there are likely to be significant shortfalls between projected water supplies and demands in the Colorado River Basin in the coming decades.  Following the call to action of the Study, all that rely on the Colorado are taking initial steps – working together – to identify positive solutions that can be implemented to meet the challenges ahead.